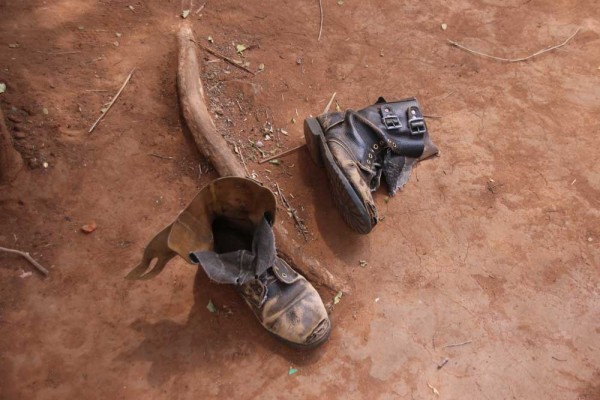 Inadequate equipment, a hostile environment and poor payment - The rangers in the wildlife sanctuary in southern Zimbabwe work under difficult conditions. Their task is very important: They protect the black rhinos, one of the most endangered animal species worldwide.

In the approximately 260 km2 big area the rangers try to protect the last 13 black rhinos. There are less than 4.000 animals of this species left worldwide. The greatest danger comes from the poachers, who above all want to get the horns of the majestic animals. The horns, which are supposed to bring healing powers in the traditional Chinese medicine, are worth billions on the black market. Especially in Asia, they are used against all kinds of diseases and processed into jewelry. The poachers are unscrupulous in their illegal hunting and are always ready to open the fire on the rangers. When monitoring the area, the rangers are exposed to this danger every moment. Moreover the long control marches through the wilderness are very exhausting for the men.

But the rangers are not left alone. The association AWARE Germany e.V. provides active support. For instance, the non-profit organization offers food for the rangers as well as petrol for their vehicles. But the main focus is set on the welfare of wild animals and the conservation of their habitats in Zimbabwe. The abbreviation AWARE stands for "Animal and Wildlife Area Research and Rehabilitation". By removing some rhino horns, AWARE already contributed to making these animals uninteresting for poaching. The anti-poaching action is very effective and has no negative effect on the health of the animals. Through donations the members can realize many projects. For example, they launched an anti-poaching campaign in the area trying to raise the country's awareness of animal welfare. They also took care of the rehabilitation of diseased wild animals and started prophylactic examinations and treatments to reduce the spread of various diseases. AWARE developed a special ranger training because the rangers are the most important component when it comes to the protection of the species of southern Africa.

With the UPGRADE A RANGER campaign, AWARE started to collect equipment such as tents, binoculars, shoesand more to get the rangers well equipped for their hard work.

The right type of footwear is very important! HAIX wants to support the protection of our natural treasures and donated shoes, which will help the rangers a lot. You could see the joy on the faces of the rangers when they received their HAIX boots. If you have seen the boots the rangers had to deal with before you can totally understand their happiness.